On February 5, during a regular meeting of Sofia-Balkan Rotary Club, District Governor for 2018-2019, Veselin Dimitrov, made his official visit to the club. The meeting was attended by members of the Rotary Junior Programs – Rotaract Club Sofia-Balkan and the Presidents of Interact Clubs.

Vesselin Dimitrov explained by a visual presentation how the theme of the year “Be inspired” is combined with the activities of Rotary in District 2482, Bulgaria, the programs and initiatives and projects of the clubs in the country.

Rotary Club’s President Evgeni Grigorov and members of the club have explained about Sofia-Balkan’s projects and activities such as the creation of Sofia-Balkan’s basketball team, “My Career” project, which was funded with a district grand prix and the upcoming ideas for initiatives 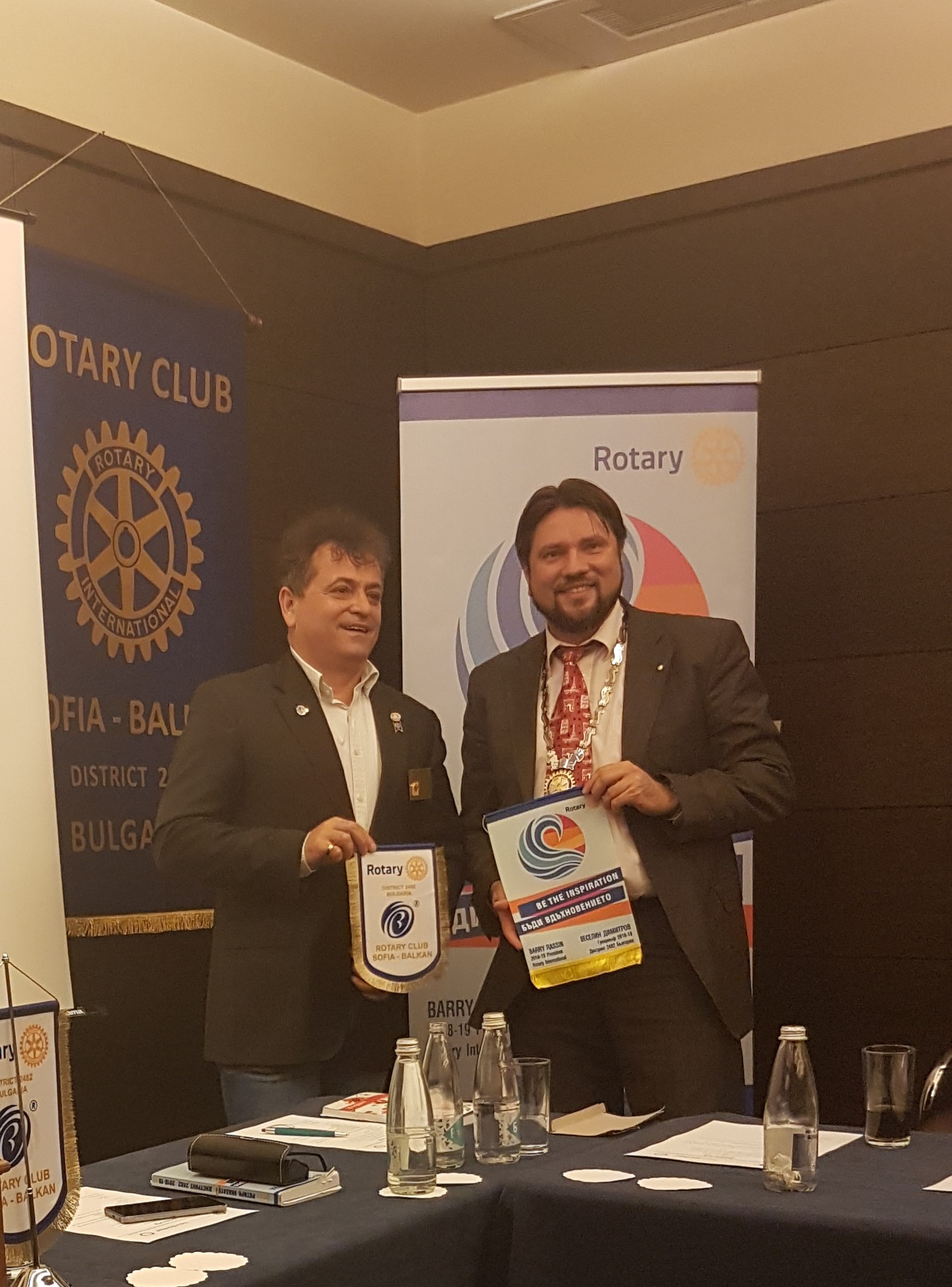